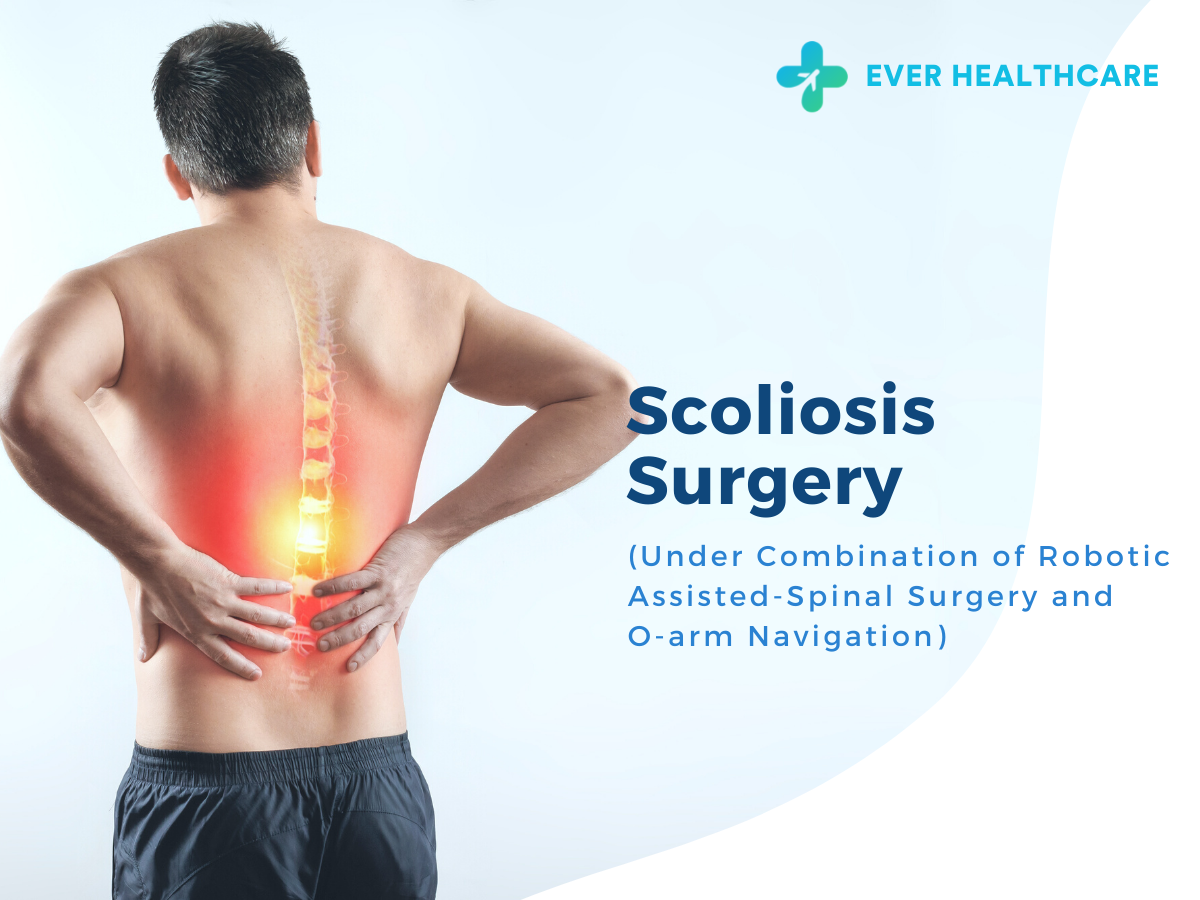 Scoliosis is a spinal condition whose cause is often unknown. For certain cases, it occurs as a side effect of a disease, such as cerebral palsy or muscular dystrophy, or from an infectious disease of the spine. Symptoms of scoliosis can be mild or severe. Children born with scoliosis can experience spinal deformities as they reach adolescence. Normally, our spines are supposed to be aligned straight vertically. People suffering from scoliosis, however, have a spine that curves either slightly or severely, in the shape of a “C,” or in the shape of an “S.” Curvatures can lean towards the right or the left side.

Pros: 1. Braces are used directly after surgery and it can be useful for spine stabilization. 2. Lumbar support braces are useful for after in an initial low back injury by limiting movement of the spine in the low back area. 3. Some people who use back braces report that the braces support their abdomen, improve their posture and take some of the pressure off their lower back. 4. Back braces can make transitional movements (such as from a sitting to a standing position) more comfortable. 5. If you have a labor-intensive job that places stress on your lower back, a back brace can help you when you first return to work after a back injury by avoiding too much strain on your spine.

Scoliosis Surgery Pros: It will help stop your spinal curve from getting worse. It will reduce your rib’s prominence and reduce any spinal deformities that are present. The vast majority of patients who undergo scoliosis surgery experience great results and see a noticeable difference in their spine and their pain levels shortly after the operation.

Cons: 1. Many doctors are concerned that use of the back braces long-term may result in atrophy of some muscles that support the spine through lack of use. In other words, the muscles and ligaments that do not have to work due to the support of the brace will weaken. This will demand more and more from the back brace. At some point the brace will not be able to do that much work and an injury may result. 2. When you wear a lumbar support brace, the demand removed from one area of your back may be transmitted to another area nearby, and result in either pain or later injury. 3. Since muscles and ligaments weaken over time with the use of a back brace, the spine becomes vulnerable when the brace is not being worn. The spine then is at at a higher risk of injury than it would have been had the brace not been used. 4. In teenagers with scoliosis, back braces are used to prevent advancement of the spinal curvature. Few of the young people who don’t wear a brace don’t have any problems and their curves never worsen. Others wear a back brace for years, and they still end up needing back surgery.

Cons: Complications, as with any surgery, could occur. Such issues could include infection, damage to the nerves, loss of blood and/or bowel and bladder problems. You could also experience loss of spinal balance and there’s a possibility that your bones won’t heal or fuse properly. Slow healing

Back brace – Some patients may be required to wear a back brace to correct the spinal curvature. However, this method may not be suitable for young patients who are still growing. The back brace is designed to slow the progression of the curvature. Patients will generally be required to wear the brace at all times except during exercise or bathing. Some patients may wear the brace only when sleeping. These braces are usually only used by people with 25-40 degrees’ curvature. People with curvatures of 40-50 degrees may also wear a back brace but are generally advised to undergo surgery. Scoliosis surgery – The doctor may recommend that patients undergo surgery if all other treatment methods have proved unsuccessful or if the scoliosis is so severe that surgery is the only suitable option.

Diagnosis phase: The doctor will perform a thorough review of the patient’s medical history alongside the physical examination. The physical examination involves examining the spine, both front and back; the patient will lean forward and touch their toes to see whether each side of the back is normally aligned, as well as if the shoulders, hips, and waist are even. The doctor may also require an X-ray to look for any abnormalities of the spine and if there are any issues affecting the nerves. The doctor may also ask to perform an MRI for further analysis if a problem is suspected.

While the patient will be able to return to some limited activities in two to four weeks, the full recovery period is typically at least 6 to 12 months of steady progress achieved by following a care plan outlined by the medical team. Patients can start to move around within a day or two after scoliosis surgery. The total hospital stay is typically four to seven days. Patients can return to school or a sedentary/desk job about two to four weeks after surgery, but activity needs to be limited while the bone is fusing.

Possible risks and complications of scoliosis surgery: All treatment and outcome results are specific to the individual patient. Results may vary. Complications such as infection, nerve damage, blood loss, and bowel and bladder problems are some of the potential risks of any type of spinal surgery, including spinal fusion for the treatment of scoliosis. Additional complications that may be associated with scoliosis surgery include loss of proper spinal balance, failure, of the bones to properly heal and fuse (pseudoarthrosis), instrumentation failure and vertebral degeneration in the levels adjacent to the fused section.

What are the causes of scoliosis?

Adolescent Idiopathic Scoliosis (AIS) – Scoliosis with no known cause developing between ages 10-18. This type is the most common type.

Scoliosis can also be broken down as follows:

Congenital Scoliosis – Scoliosis that develops while in the womb

Functional Scoliosis – Scoliosis during childhood that develops as a result of some other physical issue, such as uneven leg length, muscle shrinkage, or the result of an accident or activities that promote repeated uneven balance

Neuromuscular Scoliosis – Scoliosis resulting from a brain or spinal cord disorder, in which the nerves and muscles are unable to maintain an appropriate alignment of the spine

What are the signs and symptoms of scoliosis?

Symptoms of scoliosis may include: Uneven shoulders / high shoulder blades (scapulas) Uneven waist Uneven hips If symptoms intensify, apart from a spinal curvature that leans towards the left or right side of the body, the spinal cord may even bend forward or backward as well as develop a spinal rotation (twisting of the spine).

What are the risk factors?

Common risk factors for scoliosis include: Age – The onset of scoliosis most often occurs in childhood before adolescence Sex – Both boys and girls have the same chance of developing scoliosis; however, girls are more likely to experience more severe symptoms Family history – Although most cases of scoliosis involve no family history of the condition, genetics can be the cause in some cases

What are the complications of scoliosis?

Even if symptoms are not severe, possible complications of scoliosis include:  -Lungs and heart not fully functioning – This may occur in cases of severe scoliosis where there is severe deformity of the spine, sometimes occurring with a deformity of the hips as well — which affects heart and lung function, causing the patient to feel fatigued more than usual  -Back problems – People with scoliosis as a child have a higher risk of experiencing back pain later in life  -Unusual appearance – As the condition progresses, symptoms will become increasingly noticeable. For example, the shoulders and hips become increasingly uneven, and/or the rib cage protrudes.   -Additionally, these symptoms can all cause emotional distress

What factors may affect the surgical outcome?

Factors that can negatively affect recovery include: -Smoking. Nicotine is a known bone toxin that hampers bone growth. Smoking or any other form of nicotine—such as patches, gum, dipping, e-cigarettes, or secondhand smoke—will greatly increase the risk for the spinal fusion surgery to fail. While not an easy task, nicotine users should quit before having spinal fusion surgery. -Obesity. Studies have shown that obese people have more complications during and after surgery compared with the rest of the population. -Depression. People with depression tend to have delayed recoveries from surgery, in part because they are less likely to follow doctor’s orders, such as the prescribed activity levels and medication dosages. 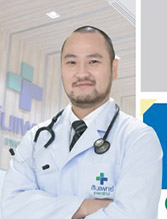 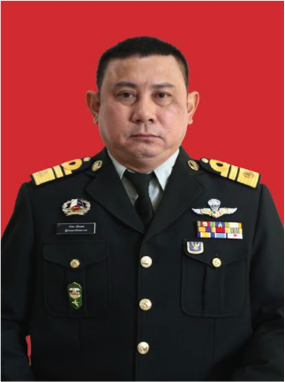 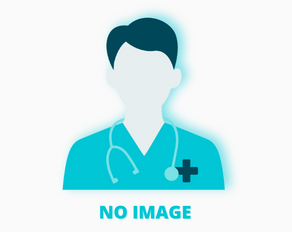 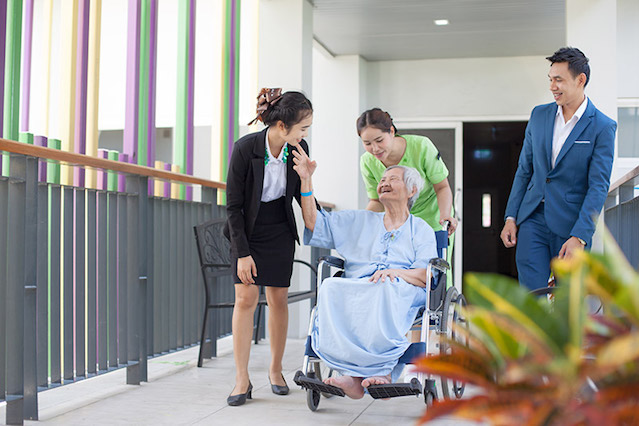 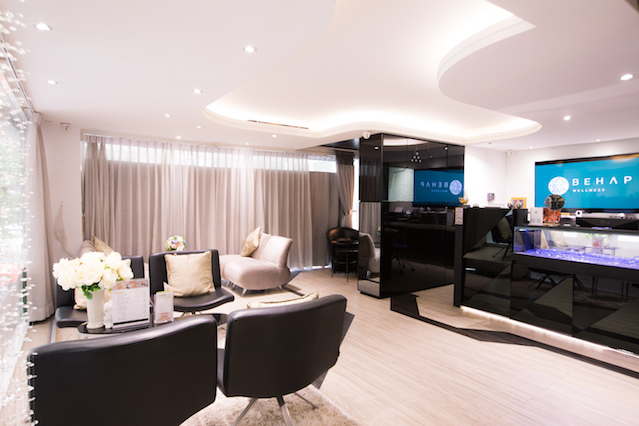 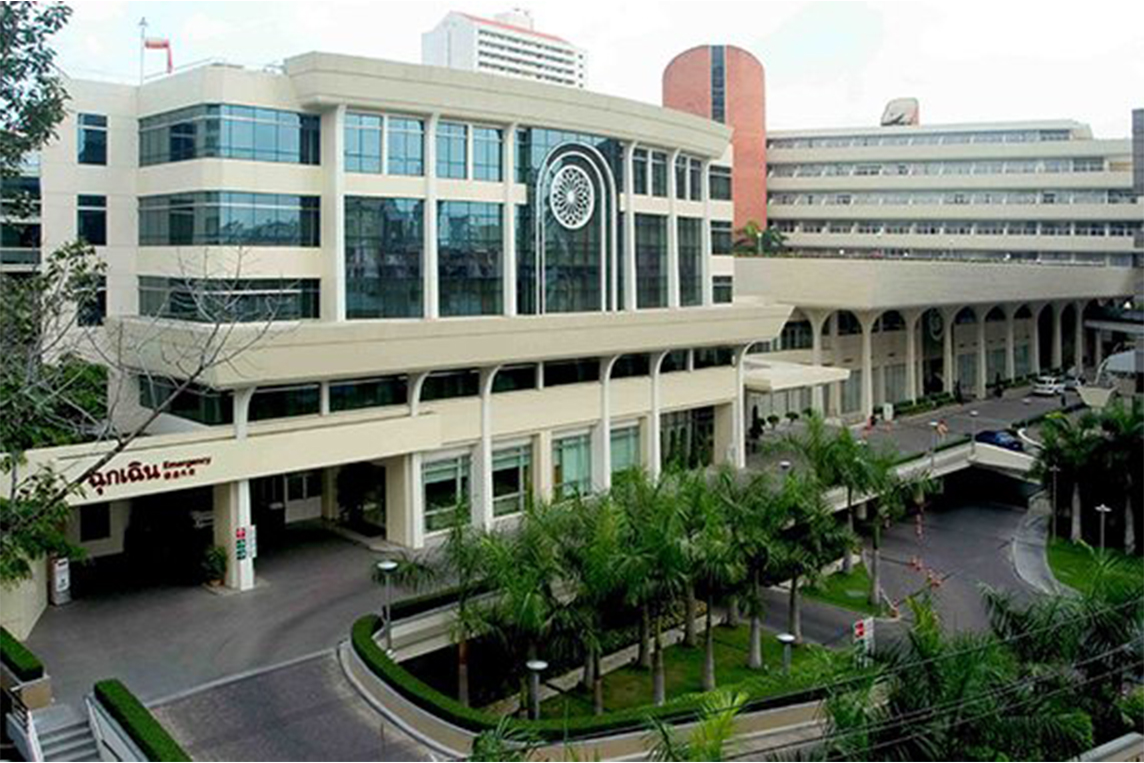 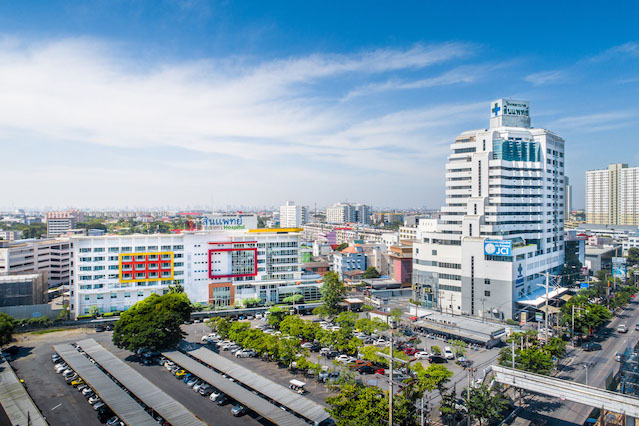 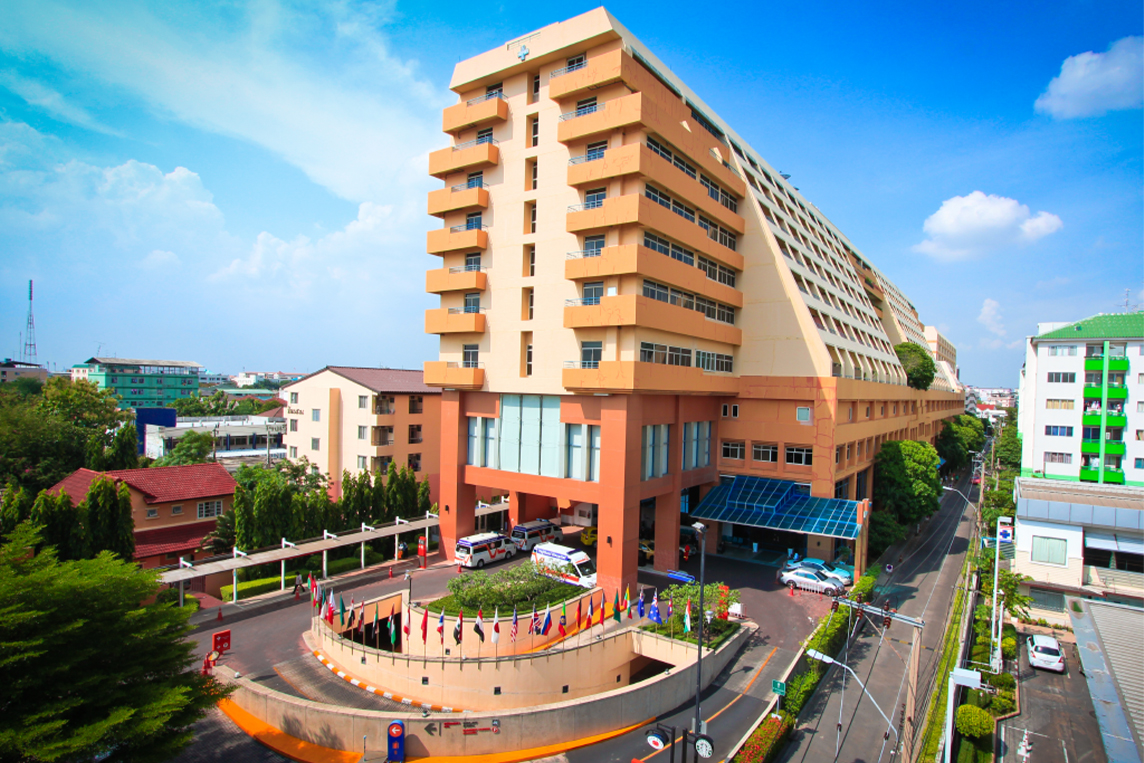 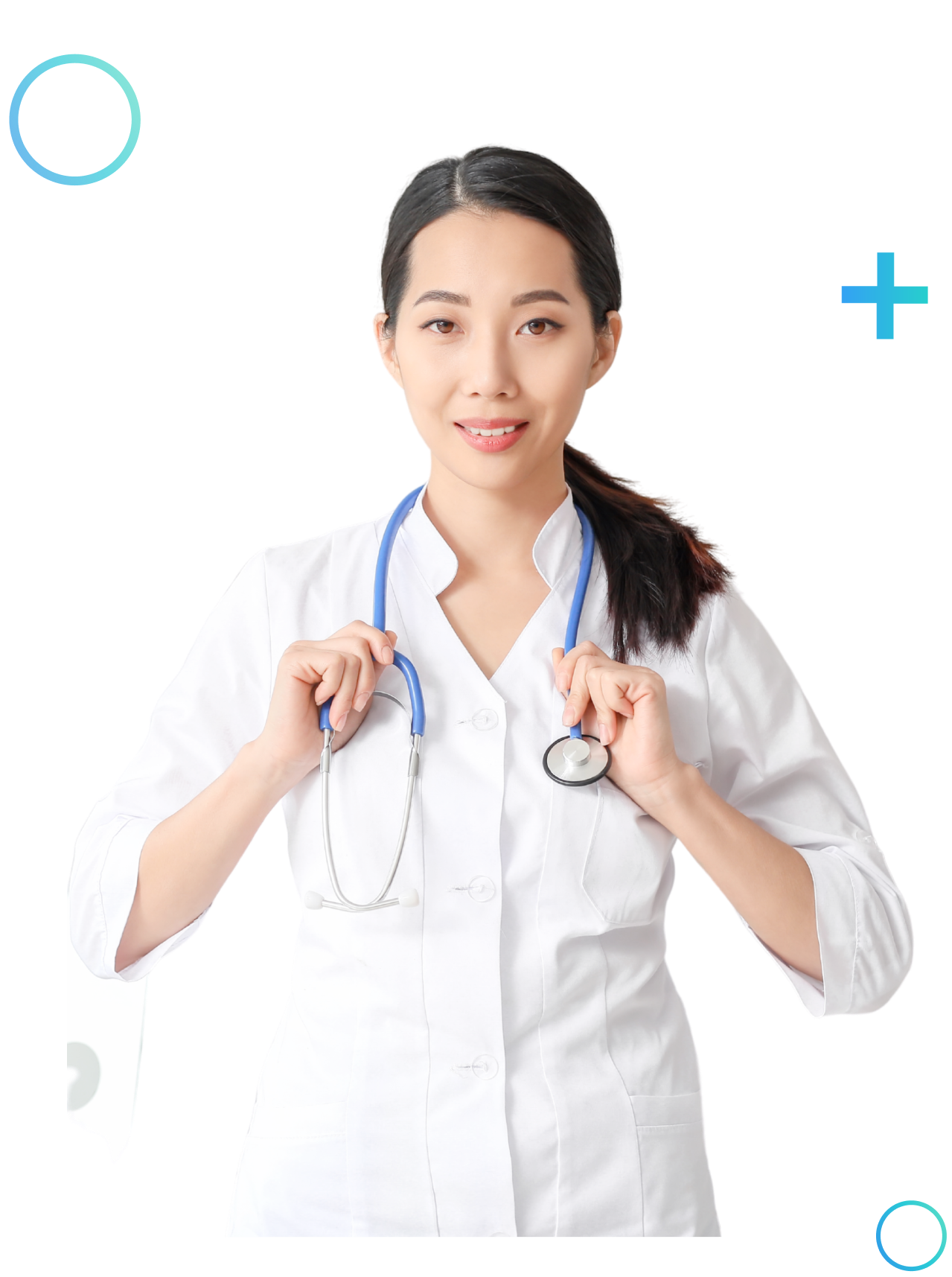 Compare and book with our experienced medical doctors